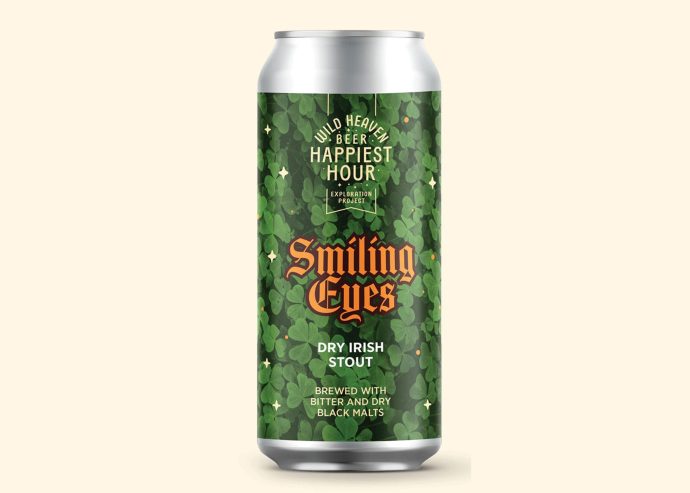 This lower alcohol beer is brewed with black and chocolate malts, for a pronounced roasted flavor.

The Irish Stout started in London over 300 years ago. Then, it was called a porter, specifically a London Porter, not a stout. The base malt was a dry, acrid, low-grade brown malt that gave the beer a “smoaky tang” flavor, as described by writers at the time. The malt was placed on a metal floor and a fire was lit underneath it to roast it. The smoke would pass through it grain, and the metal would heat up and char the grain. The resulting roasts were inconsistent at best.

The London Porter popularity spread to Ireland where for years, stayed pretty much the same until 1817. That’s when a man named Daniel Wheeler invented a malt roaster that would make bitter, dark roasts without a weird “smoaky tang” as the flavor was previously described. The malt was roasted in a metal drum, away from near direct contact to the flame. (Similar to coffee roasting.) The malts could be roasted darker and more consistently.

Interestingly, before stout became a beer style, “stout” was more of a beer descriptor. Stout basically meant “strong” to drinkers in British pubs in the 1700’s.

In the instance of the Dry Irish Stout, the name is a bit contradictory – as they weren’t strong at all, most hovering around 4% alcohol by volume.