We have some history behind our brand.

THE ARIZONA BREWING COMPANY actually dates back to 1903 in Arizona when Henry Brinkmeyer, William Mulvenonand Rupert Maxgutsigned Articles of Incorporation on October 12, 1903. The Original Brewery was built and Operated in Prescott, Arizona. 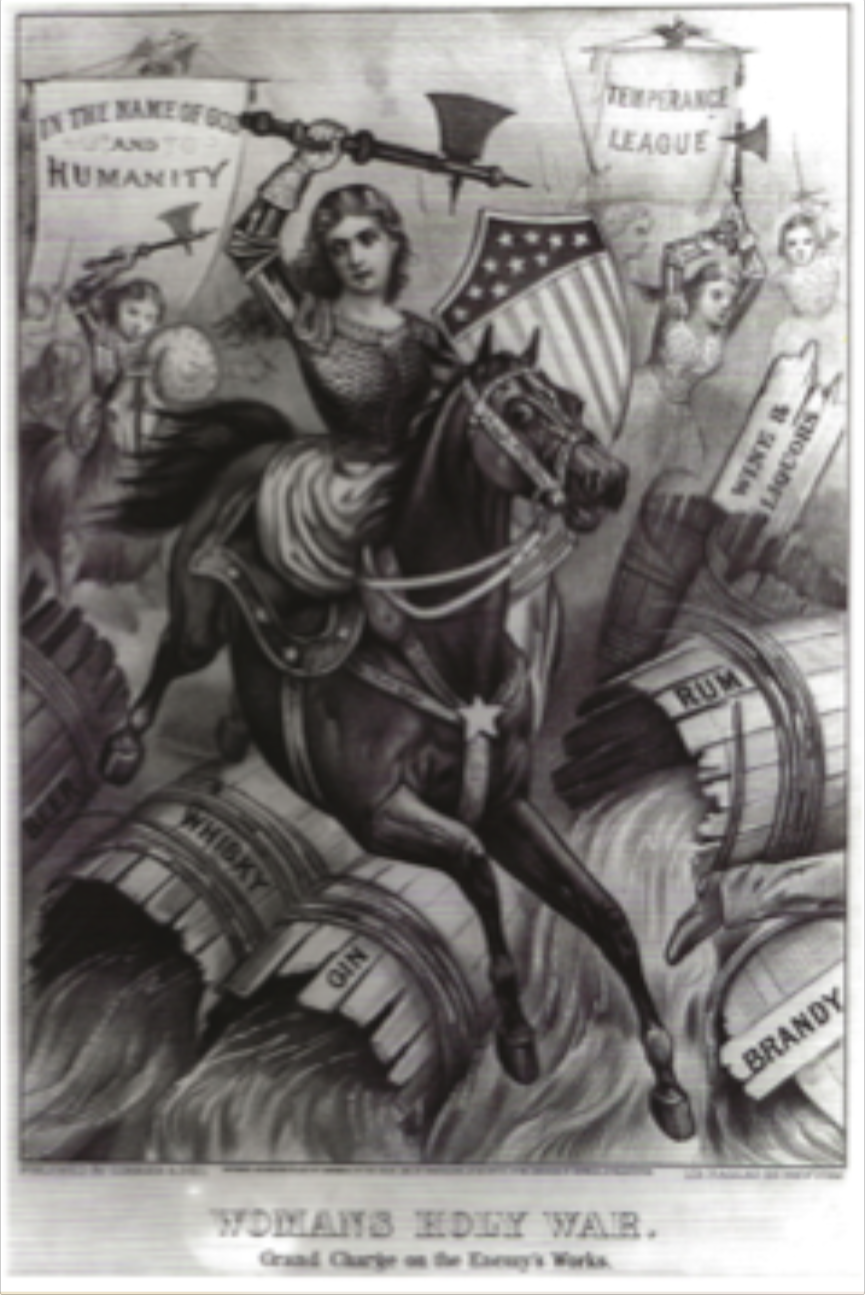 The Volstead Act provided the enforcement apparatus for the Eighteenth Amendment, which forbade the manufacture, transport, and sale of intoxicating beverages. It was ratified on January 29, 1919. 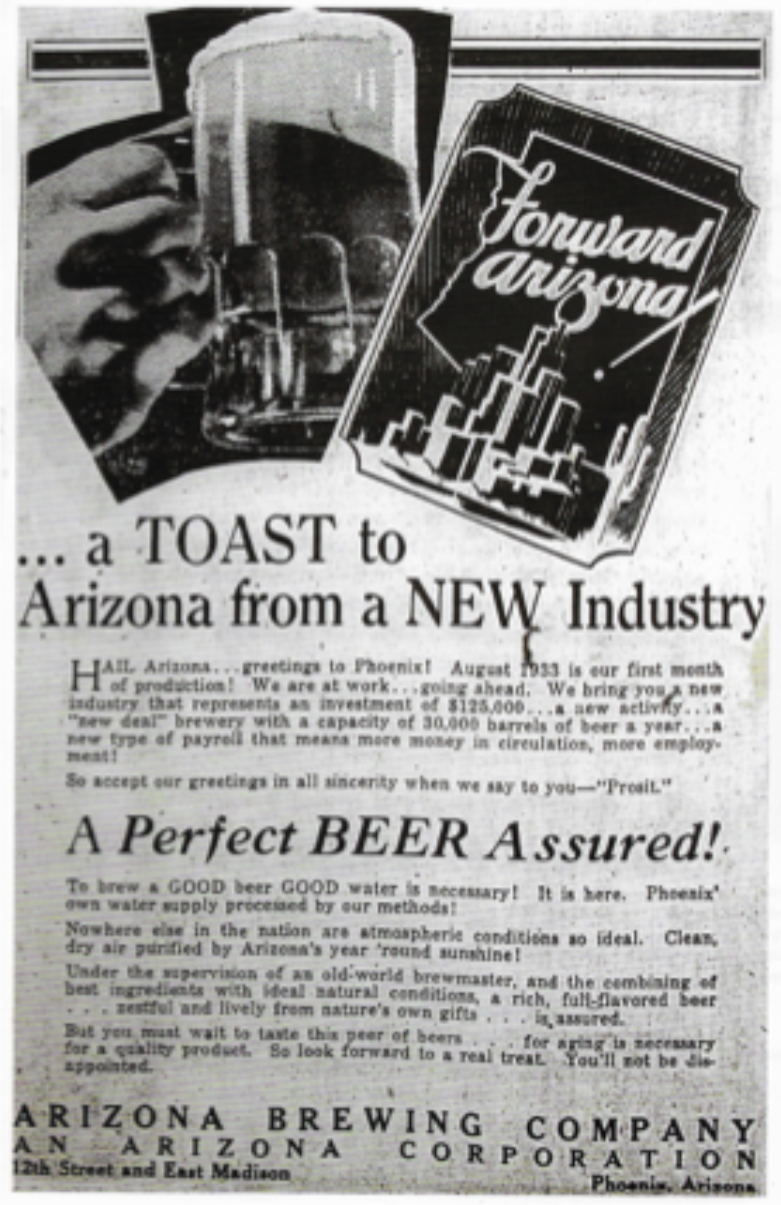 On the morning of April 6, 1933 Arizonans gleefully cheer headlines in the Arizona Republic announcing “Beer Due Here Tomorrow.” Prohibition was officially appealed with the ratification of the Twenty-First Amendment 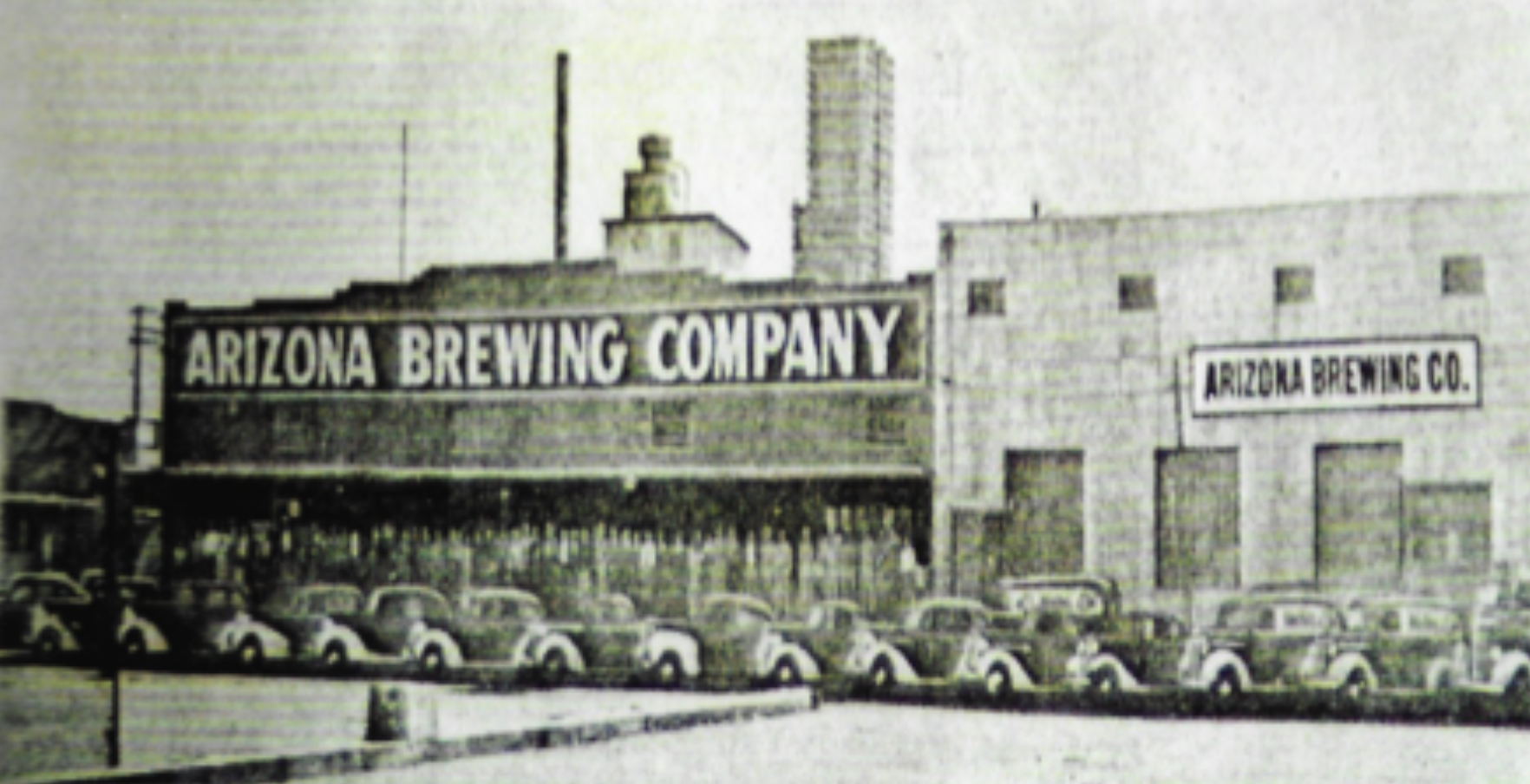 The Arizona Brewing Company was founded on May 6, 1933 by two brothers, Martin and Herman Fenster. Austrian-born Oskar Scholz, former brewery at the world-famous Pilsen Brewery with 33 years experience. Their brewery was located in downtown Phoenix. The population of Phoenix by 1933 was just over 50,000 people, and it was the largest urban area between El Paso and Los Angeles. 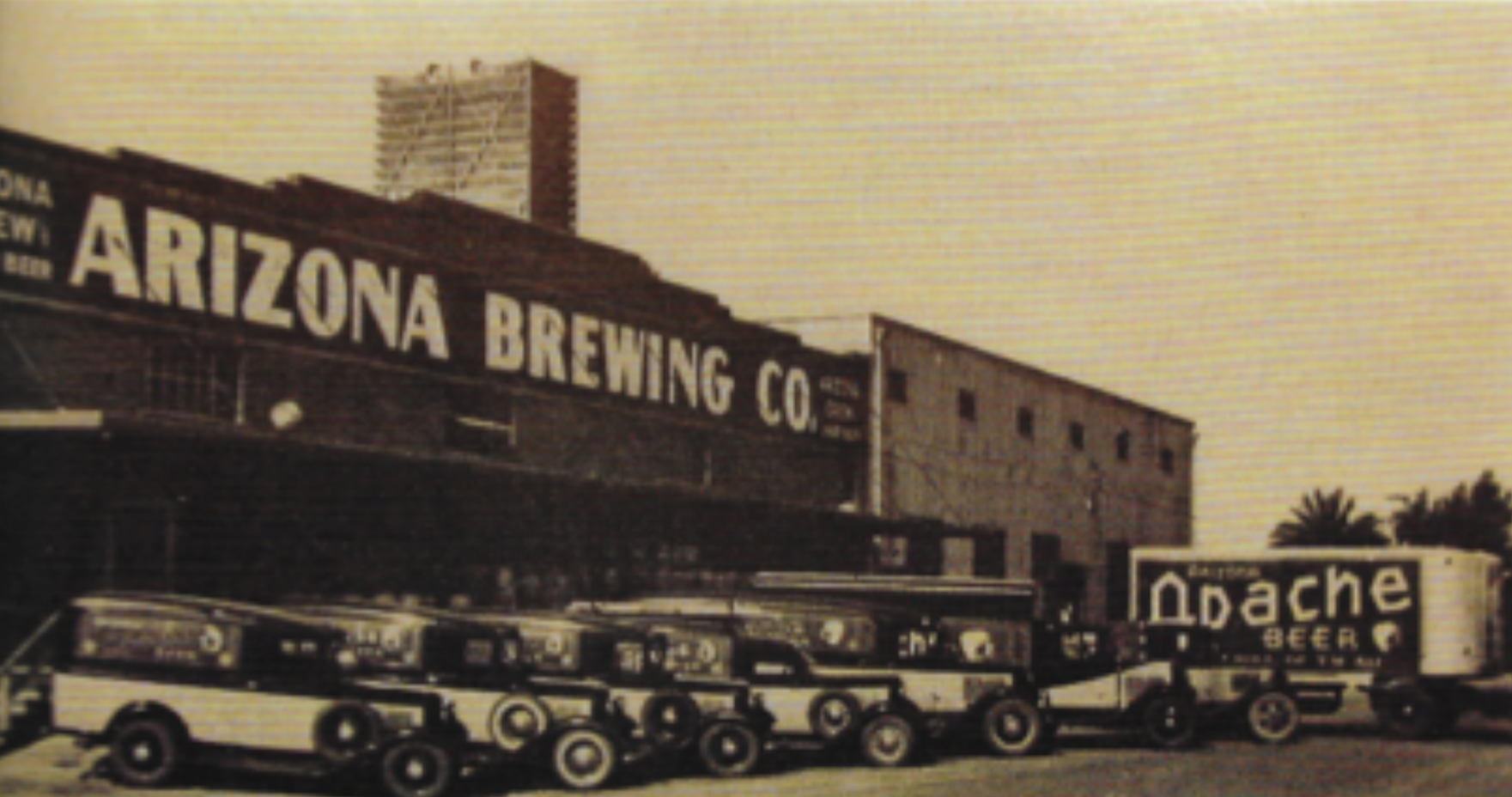 Ownership changed soon after when E.P. Baker, Bailey J Russell and Wirt G Bowman took over operations. Every gentlemen had experience in the industry except Bowman who was Democratic National Committeeman for Arizona with speculations of having ownership in Agua Caliente Casino and Hotel in Tijuana, MX. 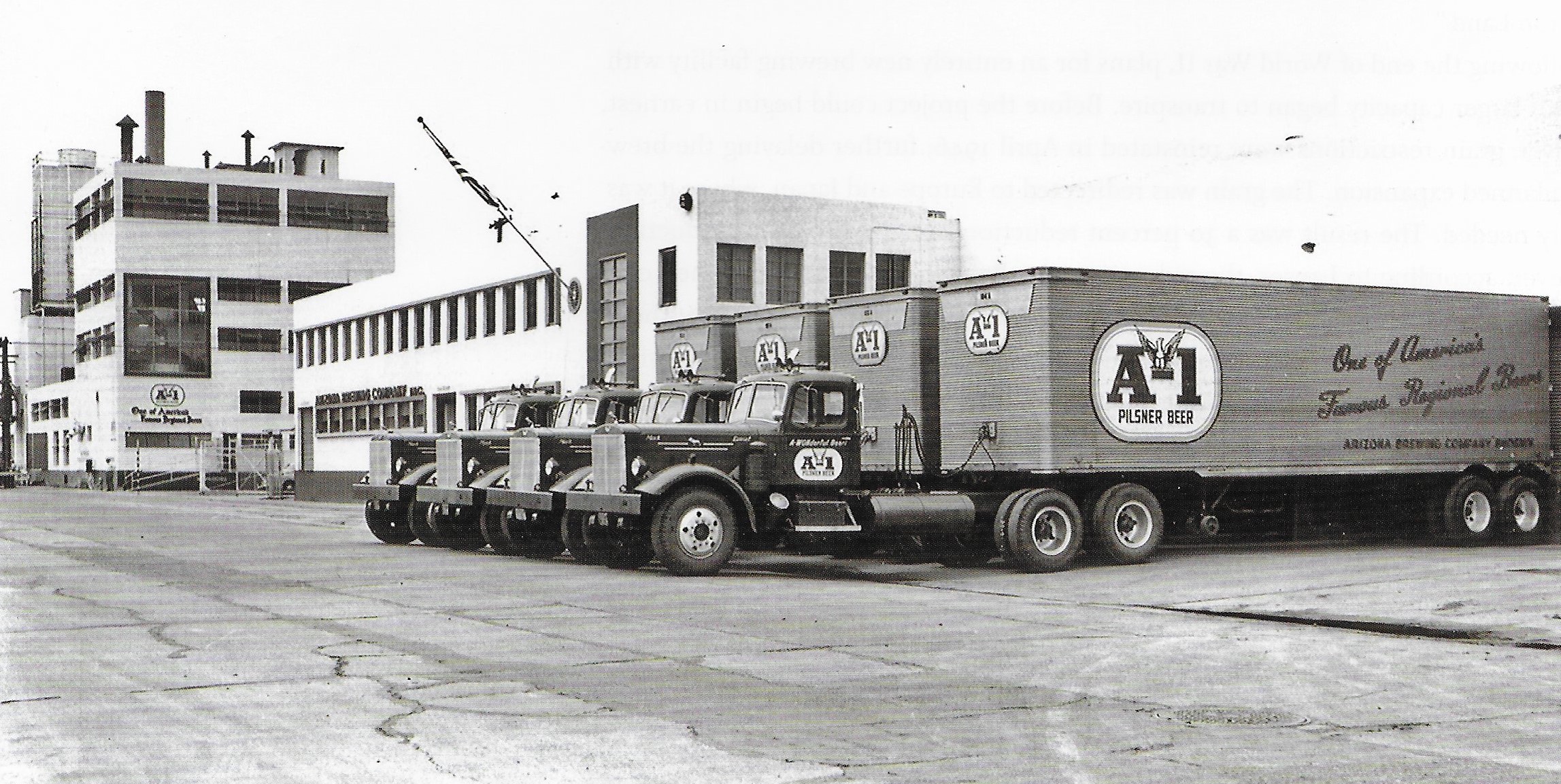 In July 1937, Robert Elder, a successful Los Angeles business man and past president of one of the largest beer, wine, and liquor distributing companies in California, became the brewery’s new owner. Russell’s position was filled by California brewing executive Arthur L. Herzog, formerly with the Aztec Brewing Company. 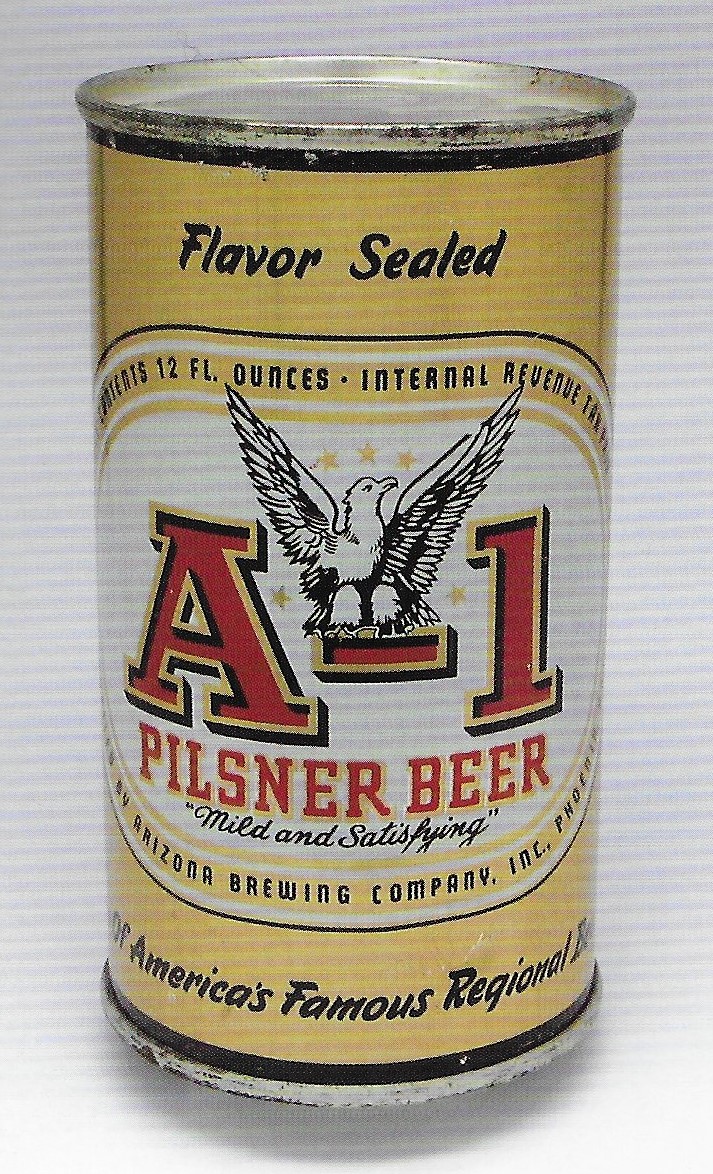 The A-1 Beer brand started in 1942 and soon out sold all other brands in the State with it’s great taste and innovative marketing along with Flavor Sealed Cans. 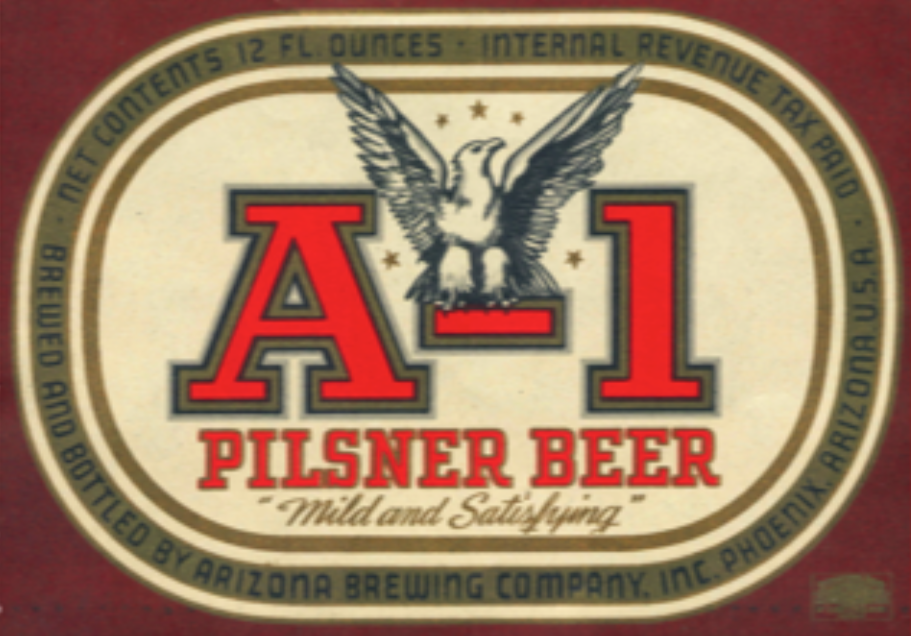 The Brewery’s heyday began in the 1940s and 50s, with its flagship brand, A-1 Pilsner, which would become the largest selling beer in Arizona and soon the entire West Coast. 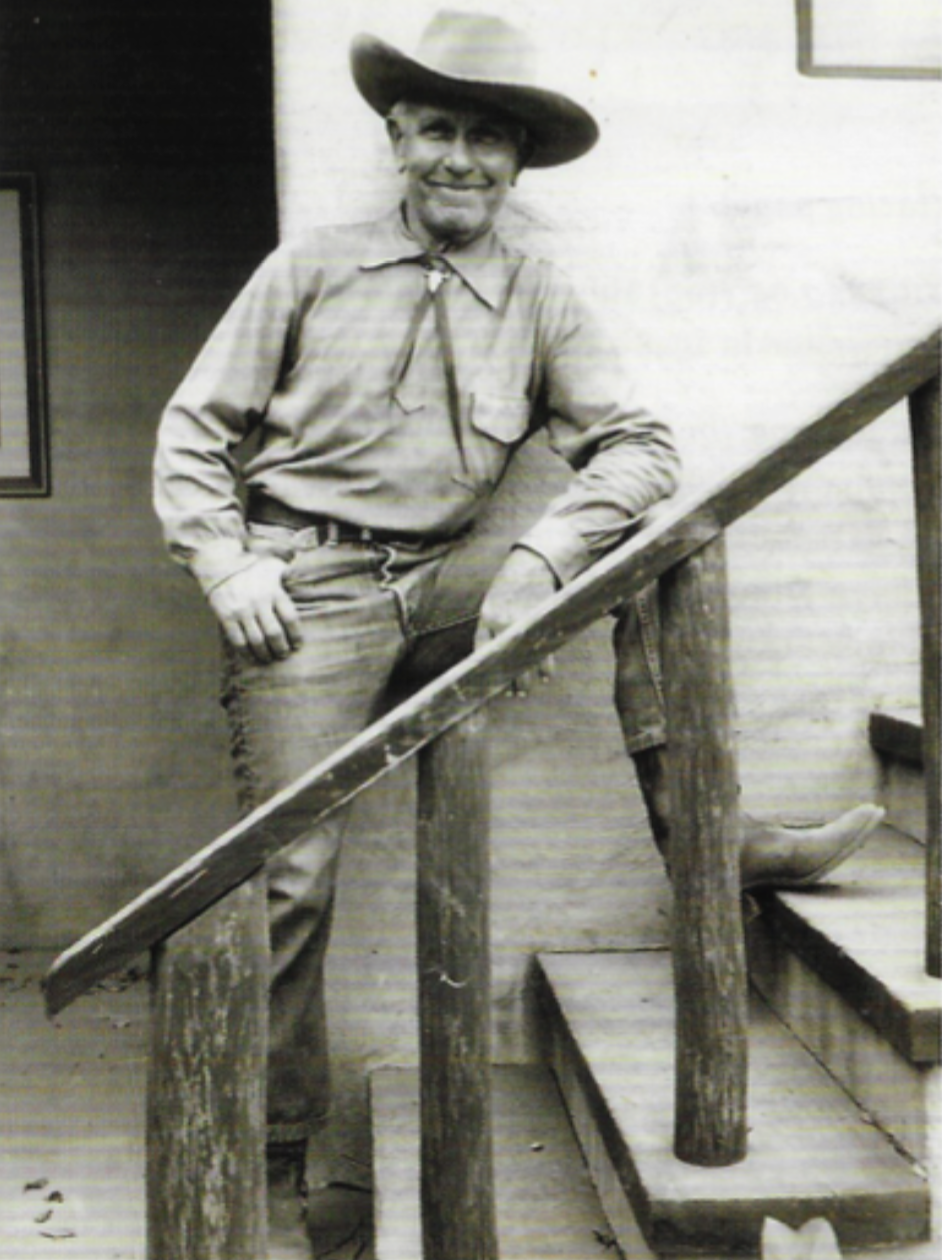 One of the Brewery’s more prolific endorsements happened during the late 1940’s, when the Arizona Brewing Company signed a contract with famed cowboy artist Alonzo “Lon” Megargee for a series of prints promoting A-1 beer. 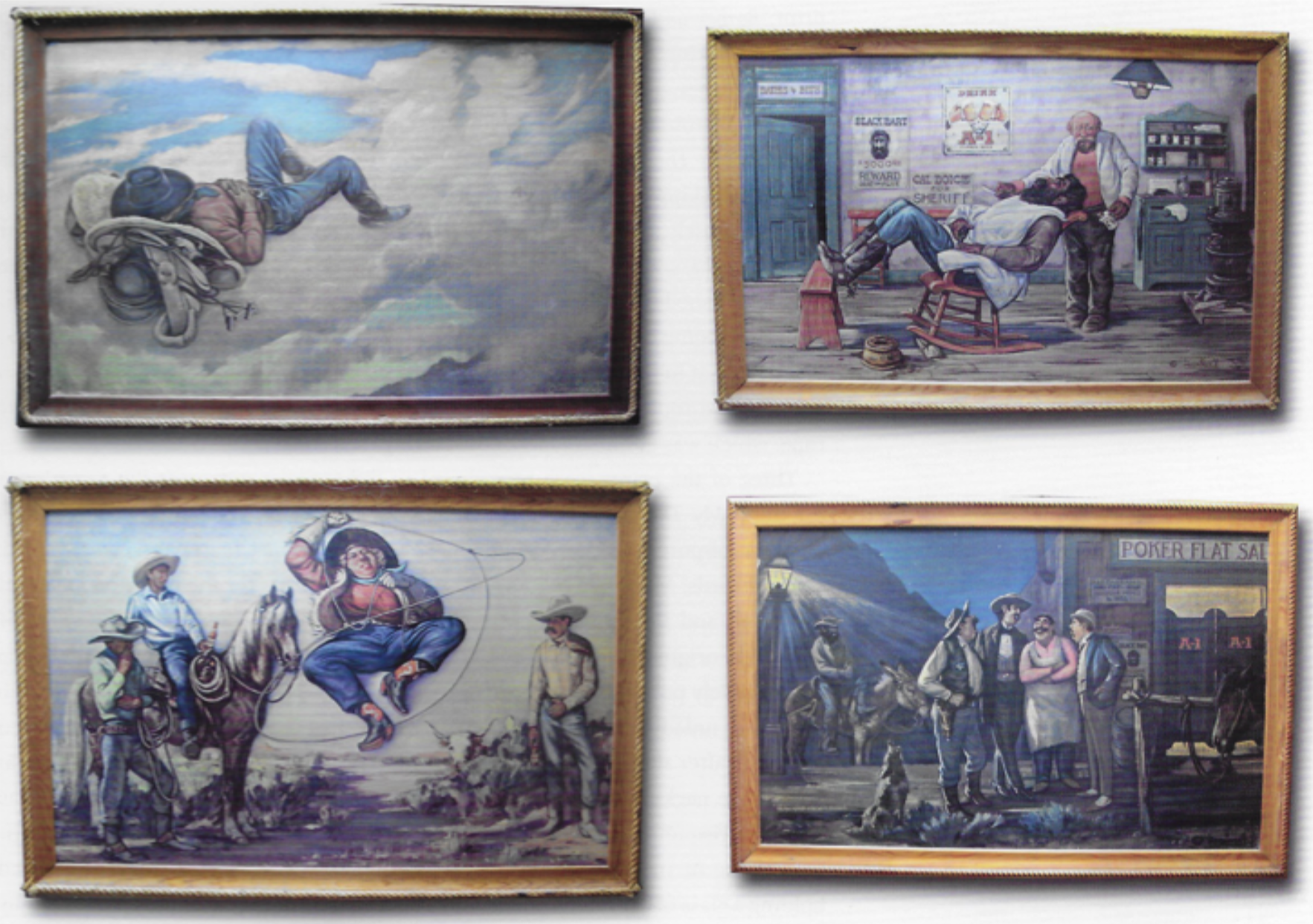 Four of Lon Megargee’s paintings were commissioned and reproduced by the American Brewing Company as prints: Cowboy’s Dream, 1948; Black Bart, 1949; The Dude, 1950; and the Quartet, 1951. 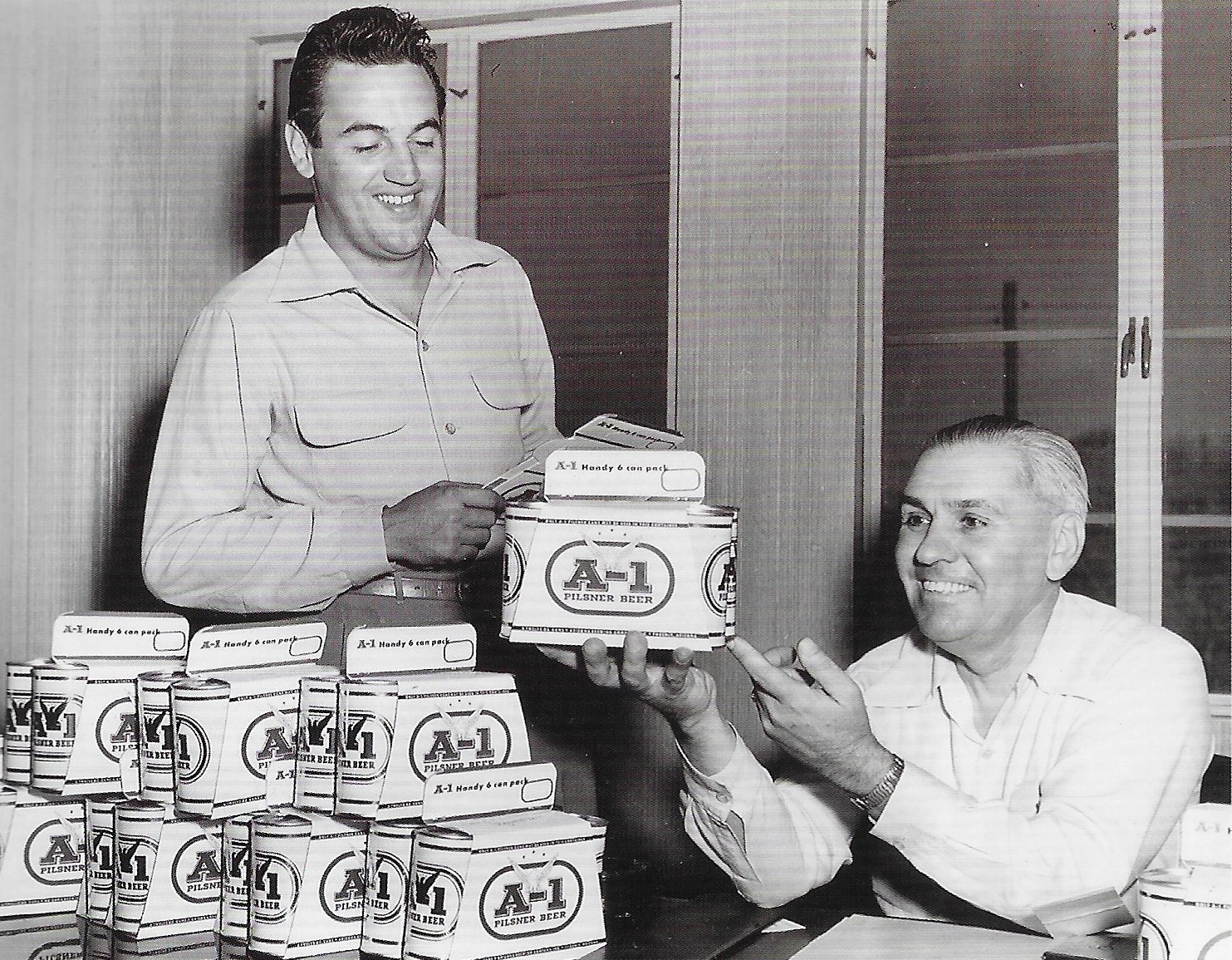 In November 1949, KPHO-TV became the first local network to offer television transmission in Phoenix. In 1950, the Arizona Brewing Company released A-1 Pantomime Time, a half-hour game show airing on KPHO-TV every Tuesday at 9:30 pm. The show became an instant hit. 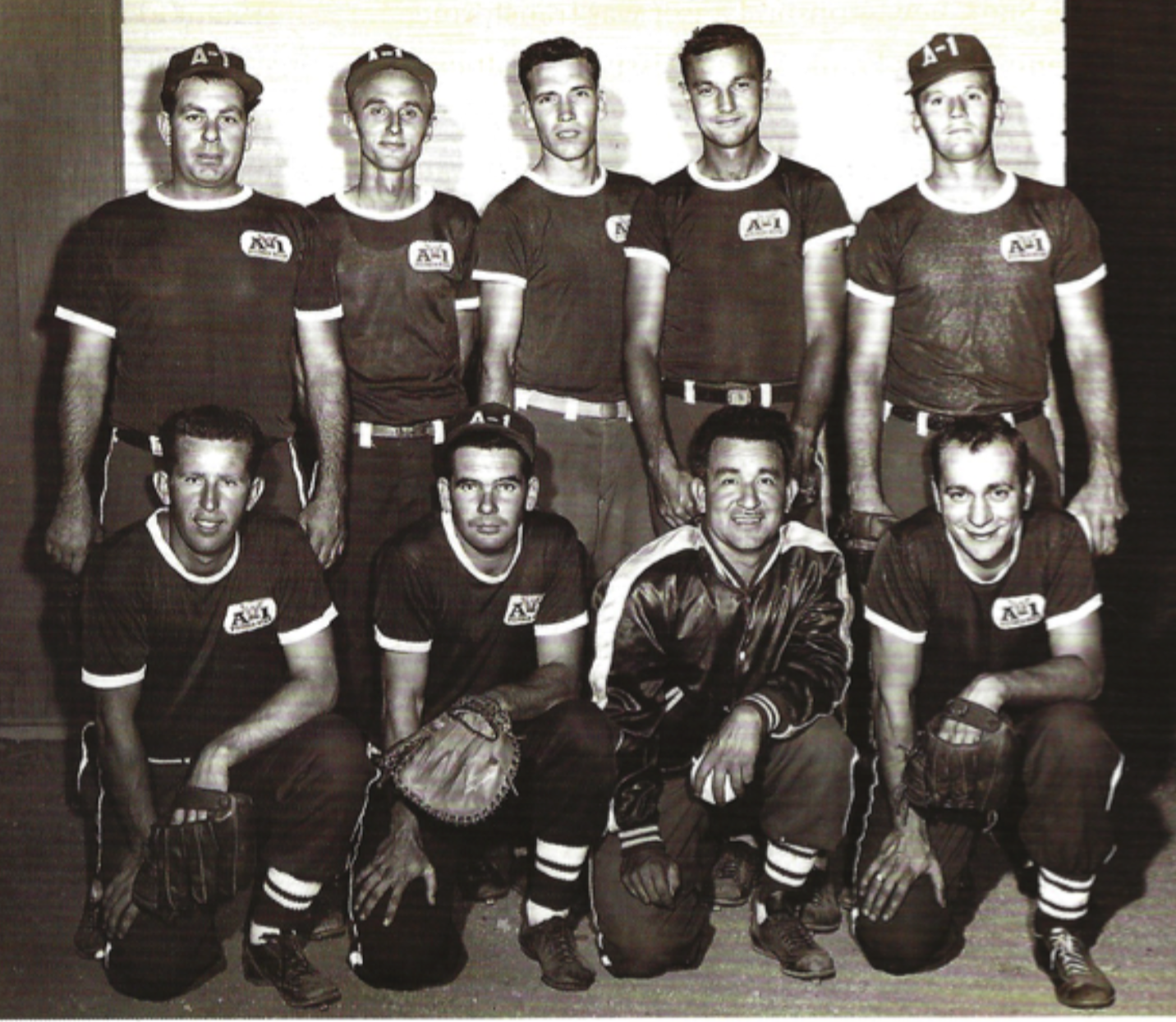 Arizona Brewing Company employees were lacing up their cleats and swinging their bats at a near by softball field. In 1951, the team decided to seek sponsorship from A-1 Beer. 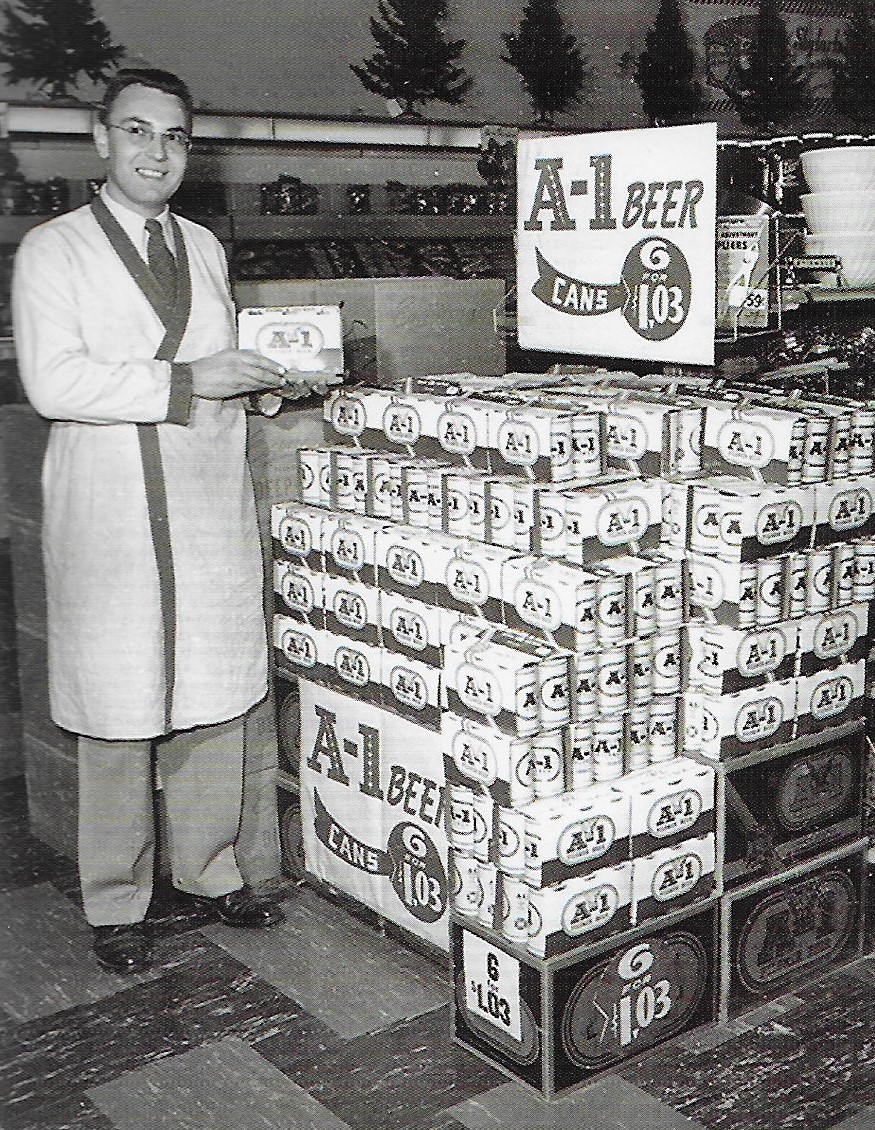 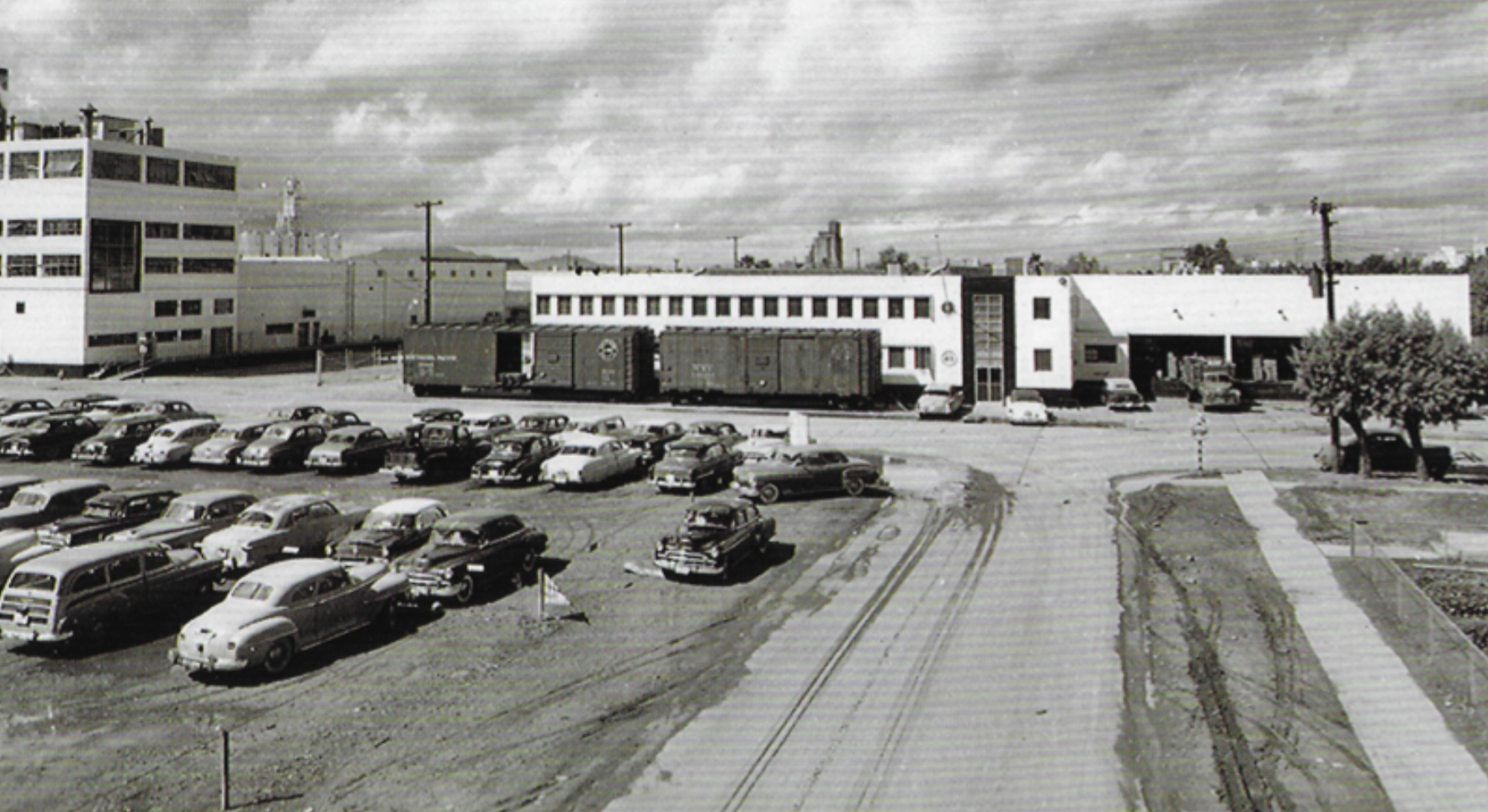 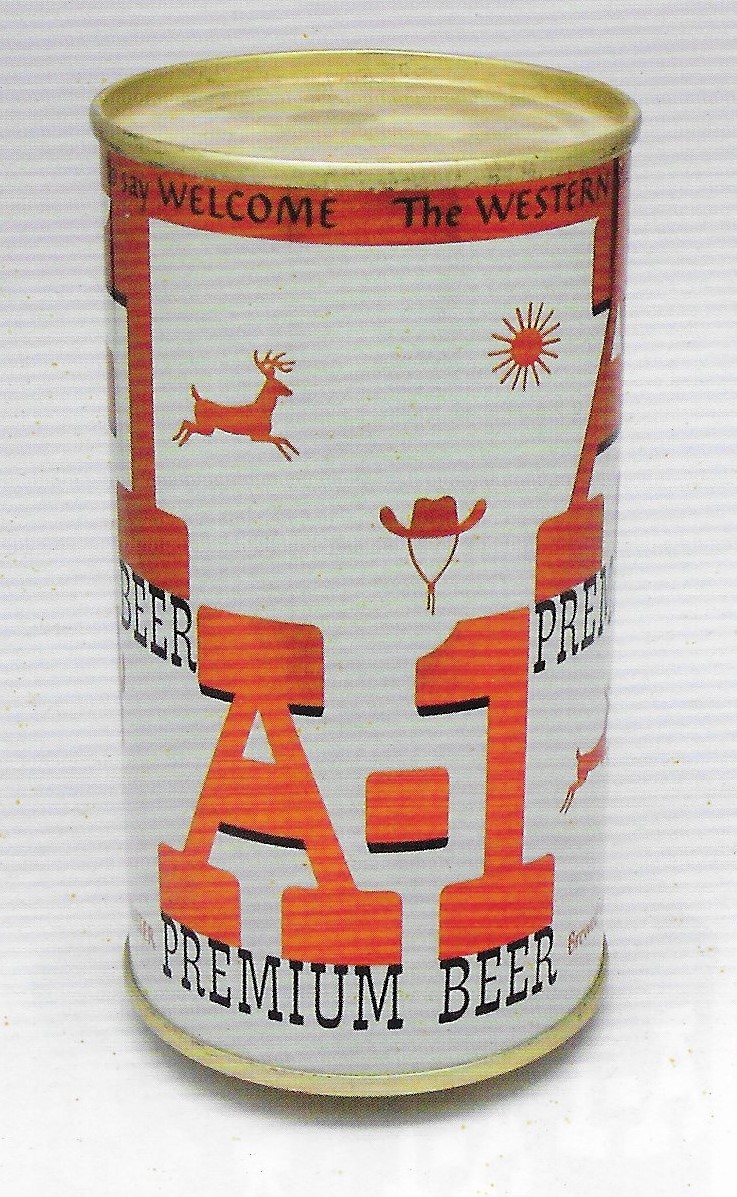 Anheuser-Busch filed a $640,000 damage suit against Arizona Brewing Company on July 20, 1955, in federal court. It was perplexing because the eagle had been a part of A-1’s design since it was first introduced in 1942. Revamp of the A-1 label was made November 1959 resulting in a label decorated with western style symbols, including a sun, saddle, deer, and cactus. ”The Western Way to Say Welcome” slogan started being used by the Brewery. 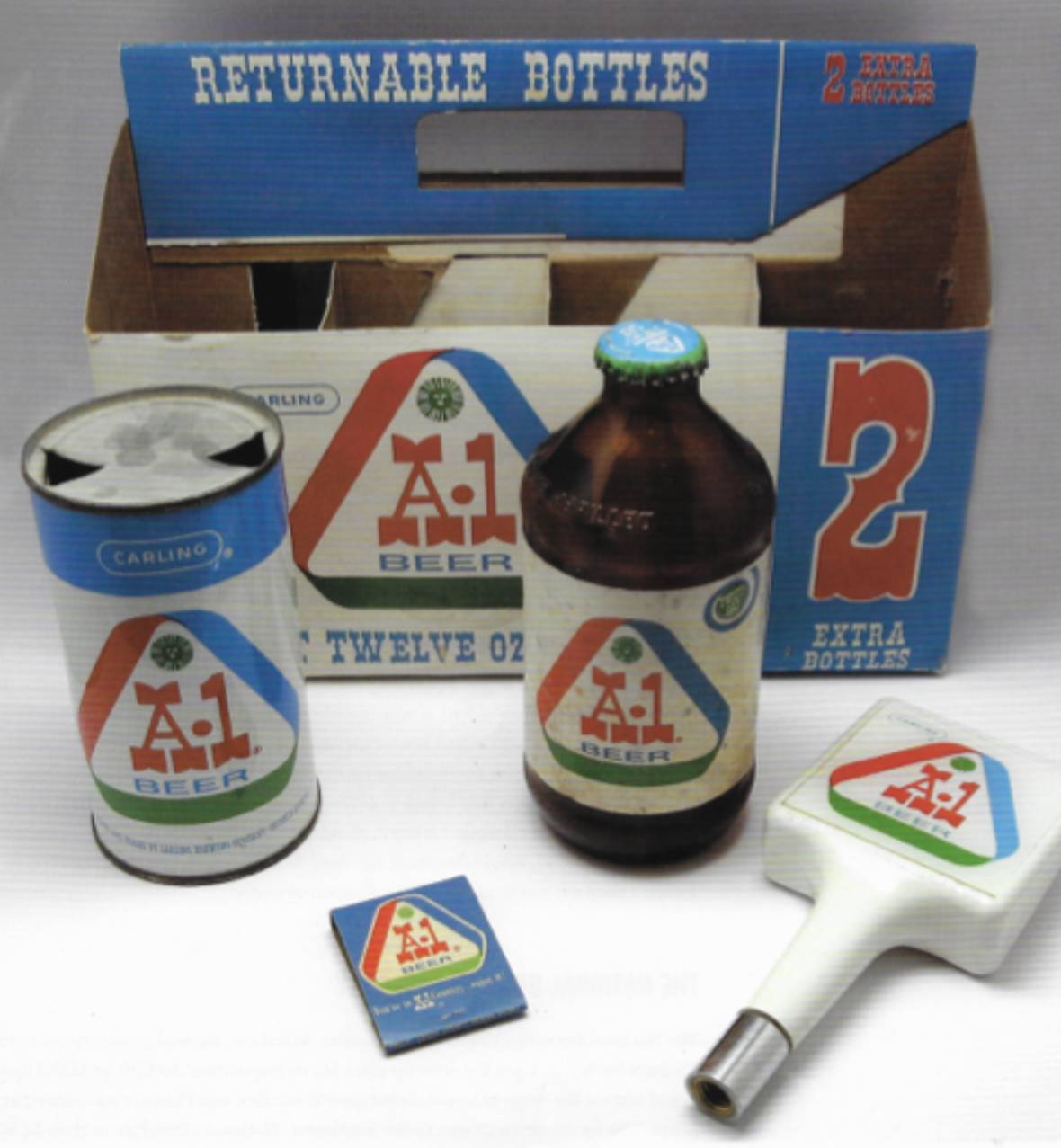 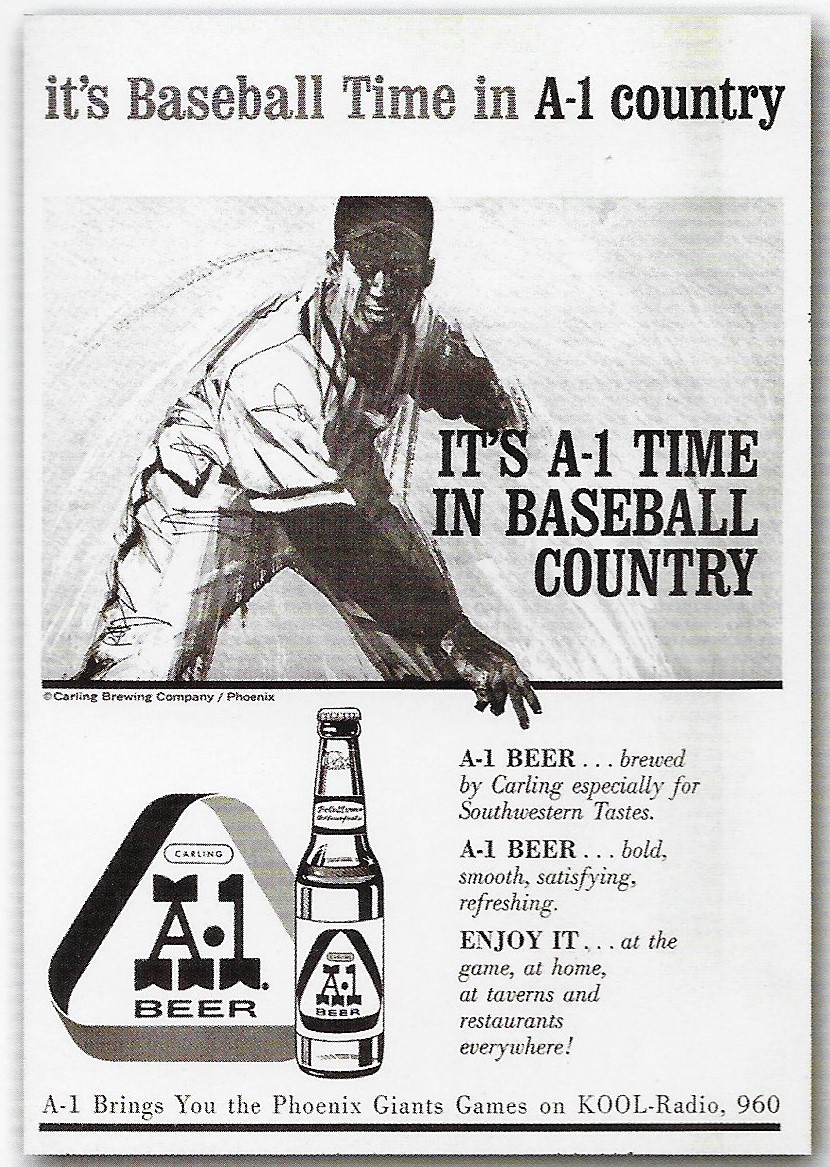 Spring training Baseball was big business in Arizona, therefore in 1966 Carling developed A-1 Beer advertisements to reflect the popularity. 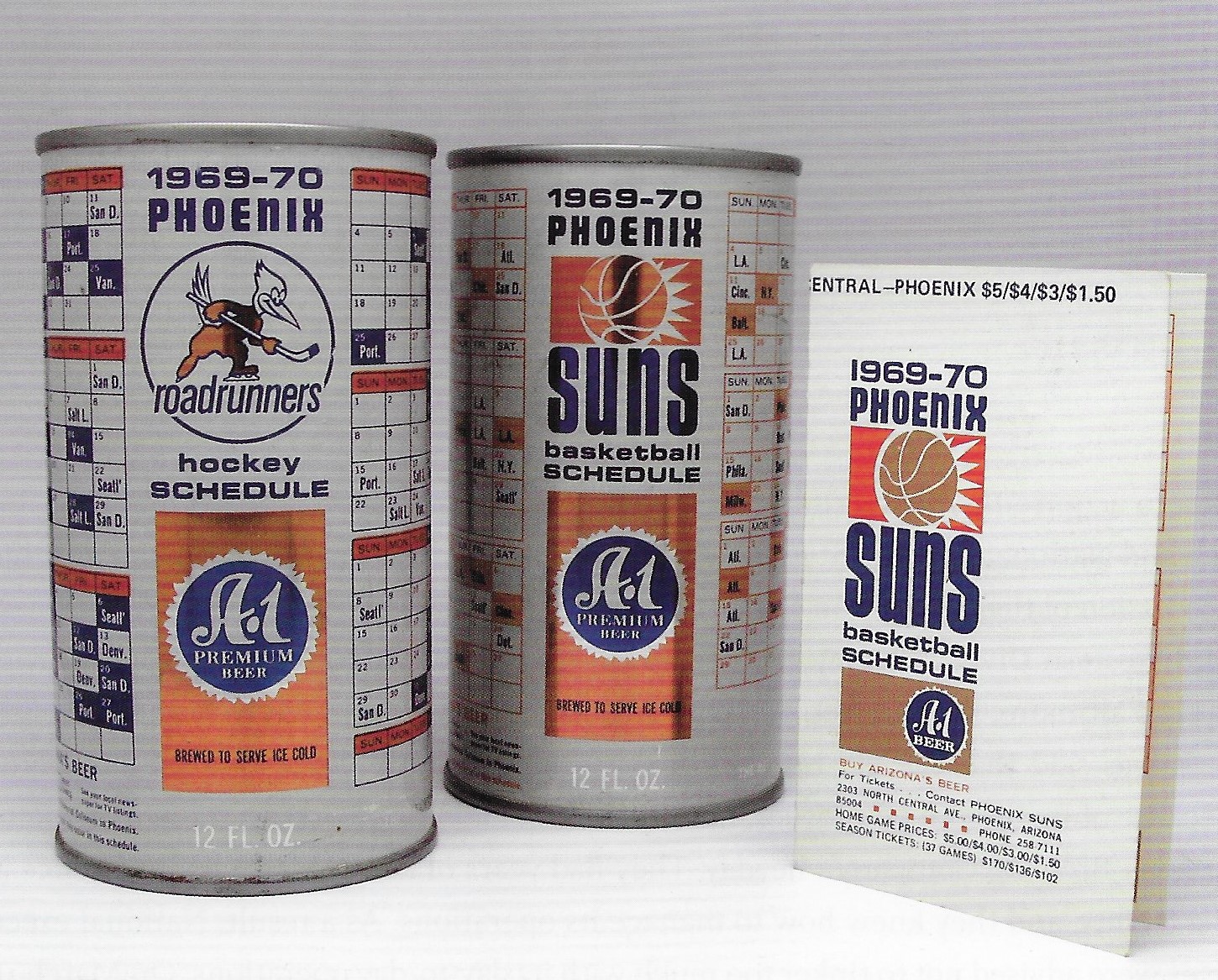 Carling and National Brewing merged in 1967. Most notably it sponsored the Phoenix Suns which came to the valley in 1968, after Phoenix was awarded and NBA franchise under Jerry Colangelo’s management.

In 1972, Al McCoy was officially named “The Voice of the Phoenix Suns” and he remained so for years to come. McCoy was noted for exclaiming, “That was good…like an A-1 beer.”

G. Heileman was undergoing tremendous growth at the time they acquired Carling-National. After winning the lawsuit from Budweiser Heilemen resurrected A-1 Beer from its seemingly forgettable image to an appearance that harkened back to its heyday as an iconic local brand, complete with the eagle and a new slogan “Arizona’s Original.”

The decision by the G. HeilemanBrewing Company to close its Phoenix facility came as a surprise to many of its employees and to citizens of Arizona in late march 1985. 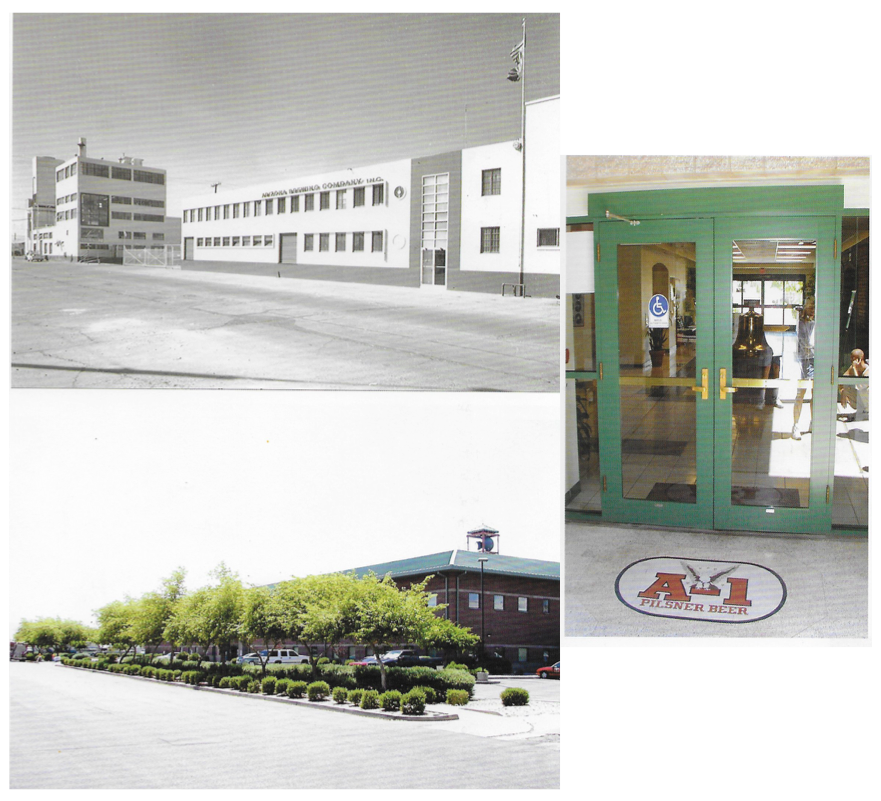 When the Phoenix Fire Department purchased the property during the early 1990’s demolition was inevitable. The Fire Department built administrative offices on the site, designed to look like an old firehouse from the “back East.” Currently the only remaining building that was once used by the brewery is a small warehouse originally occupied by the Arizona Distributing company on the North East corner of Twelfth and Jackson Street. If you visit the old Brewery site the A-1 Beer mosaic is still present in Granite at the entry of the Phoenix Fire Department Administration offices. 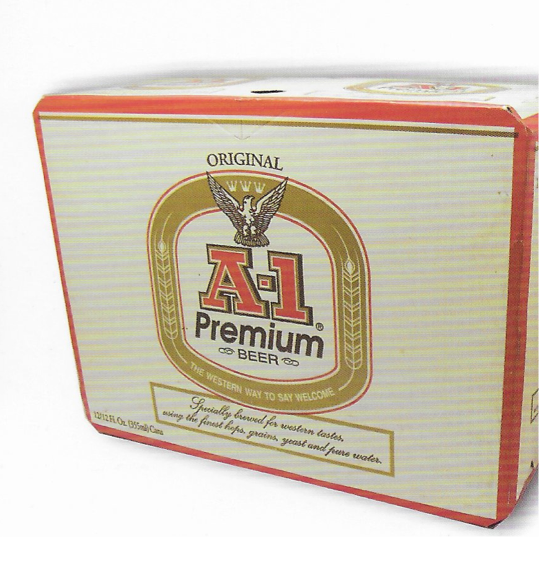 In July 1996, the entire holding of the G. Heileman Company was acquired by the Stroh Brewing Company for $290 million. Stroh’s also claimed all of Heileman’s brands including A-1 Beer. 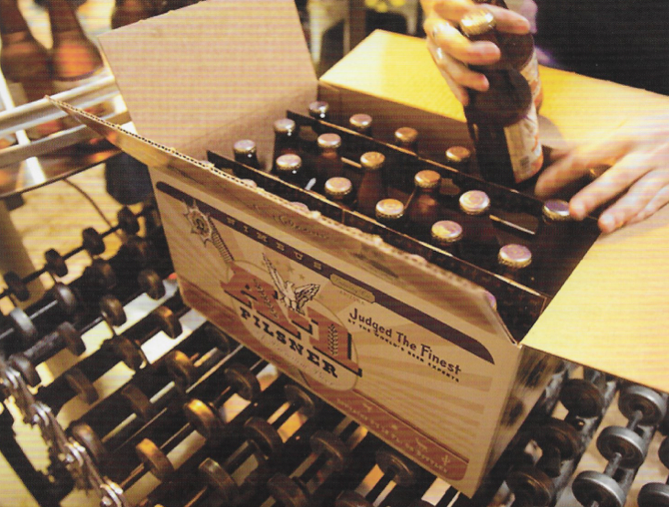 By this time in 2010, Drakulichwas facing his own battle-cancer. He contacted Jim Counts of the Nimbus Brewing Company in Tucson to produce and market A-1 Beer. Nimbus produced A-1 Beer for approximately one year before the license was revoked due to Nimbus filing for Bankruptcy. 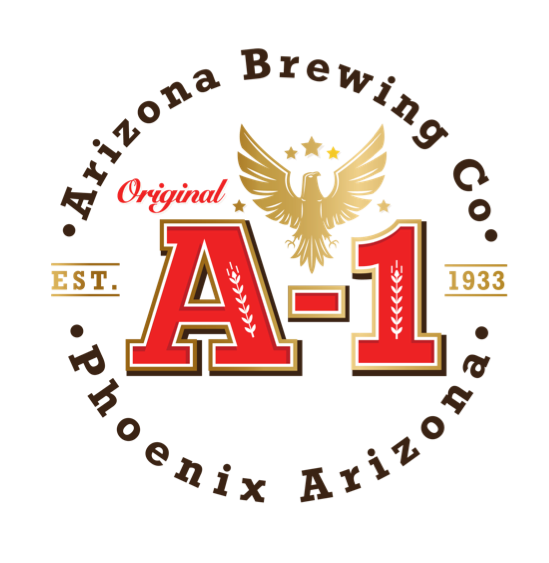 Aspen Beverage Investments lead by seasoned Beverage Industry veteran John L Rivers IV purchases A-1 Beer and begins a long process to bring the once famed A-1 Beer back to it’s Original Arizona roots by a complete package redesign staying true to the brand’s historical past. Mr. Rivers enlisted Master Brewer Zach Schroeder of Sonoran Brewing Co to find the exact water profile in 1950 along with ingredients to create the Original Pilsner recipe used by Arizona Brewing Company. Aspen Beverage Investments intends to stay true to Arizona Brewing Company’s history by preserving and celebrating the History, Heritage and People of the Great State of Arizona. Mr. Rivers describes the new A-1 Beers as “Retro-Modern Craft staying true to using the best ingredients, being an Independent Brewery, being Locally Owned and Crafted Beers” – John L Rivers IV