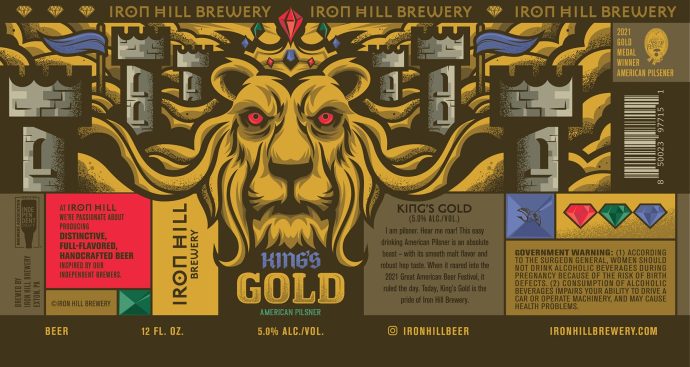 I am pilsner. Hear me roar! This easy-drinking American Pilsner is an absolute beast – with its smooth malt flavor and robust hop taste. When it roared into the 2021 Great American Beer Festival, it ruled the day. Today, King’s Gold is the pride of Iron Hill Brewery.

Iron Hill King’s Gold Pilsner is available in 12-ounce cans, and draft at all locations by mid-February. The brewery has not clarified whether or not this beer is seasonal.