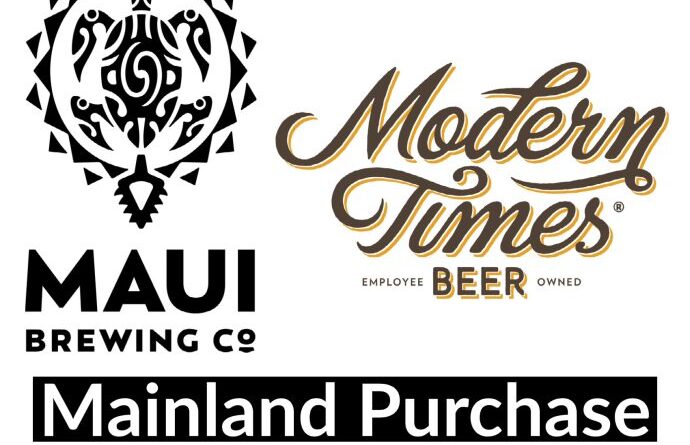 The fate of Modern Times has been up in the air for months now. In February 2022, the brewery announced the closing of four of its 8 taprooms, citing financial fallout from the global pandemic. Then in March, Modern Times was placed in receivership by lead lender California Bank and Trust.

Maui Brewing was favored as the potential buyer in June, until “Brewery X,” an Anaheim-based brewery entered the bidding. 70 bids and 3 hours later, Brewery X won the auction, agreeing to pay $20 million for Modern Times. Additionally, Brewery X stated they would have the deal fully funded and close within two weeks.

Except, that didn’t happen. Brewery X missed the closure and funding deadline, losing a $500,000 dollar deposit on the transaction. Maui acquired Modern Times for $15.3 million.

Co-Founder Garrett Marrero was surprised when Mauil Brewing was back in play for Modern Times.”Given the surprising outcome of the auction, Maui Brewing Company was prudent in its decision to move forward, taking appropriate measures to evaluate and solidify details prior to the announcement for the sake of both the Modern Times and Maui Brewing teams,” says Marrero in his brewery’s official announcement.

Currently, Maui Brewing produces 90,000 barrels (2.7 million gallons) of beer annually. Combined with Modern Times, that output increases to 125,000 barrels of beer annually – a production capacity that still will not allow Maui to be sold in all 50 states.

The deal is expected to close in late October 2022.