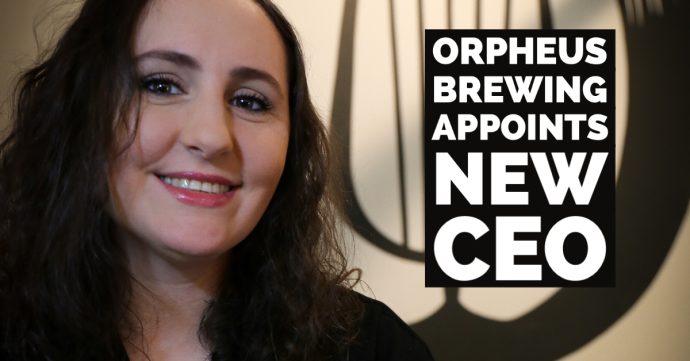 We’ve been in the unique position to have seen Cheng’s career flourish, first meeting her at Total Wine more than 10 years ago. At that time she had recently finished multiple degrees at Le Cordon Bleu College of Culinary Arts. She was a heavy foodie and I mistakenly took her as someone that was just into French reds, and hated on new world wine. There was so much more there than that. She also had a desire to work in beer and explore the craft beer industry. As with everything she does, it didn’t take long for her to fit into the industry successfully, many if not all of your favorite Founders beers on tap in the Atlanta area are thanks to her.

On both personal and professional levels we are happy to announce that after only a few months at Orpheus Brewing they have realized the value of having Cheng run more integral parts of the Brewery as CEO. Her aims are to bring additional leadership and focus to a brewery that she feels passionate about.

Additionally, this gives brewery founder Jason Pellett the opportunity to step back into his much more familiar creative role,

She’s already assumed the CEO role, and we’re looking forward to seeing the direction she takes Orpheus in the future.