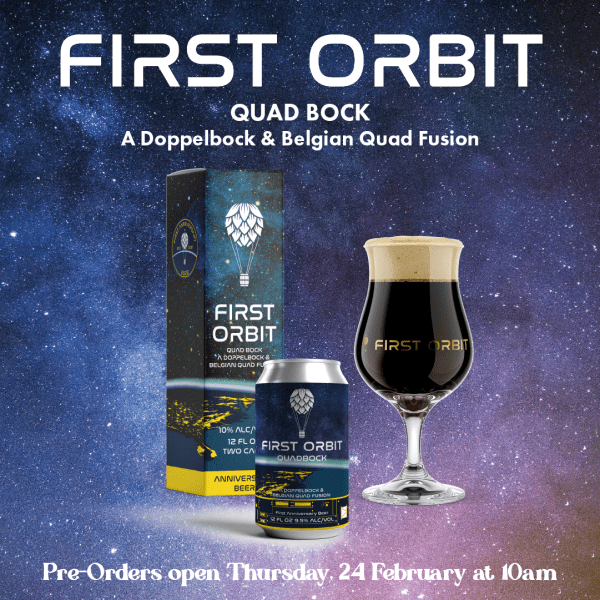 The beer is a fusion of ingredients and techniques of a German-style Doppelbock and Belgian-style Quadruple. Took part of the mash and boiled it with dark candy sugar (called decoction mash) and returned it back to the main mash.

The beer was then fermented at cold temperatures and lagered for six weeks using Round Trip’s house lager yeast.

After lagering for six weeks, the out-of-this-world fusion is a bold, malt-forward interstellar beer that is one giant leap for mankind.

Pre-orders for Round Trip First Orbit start on February 24th.