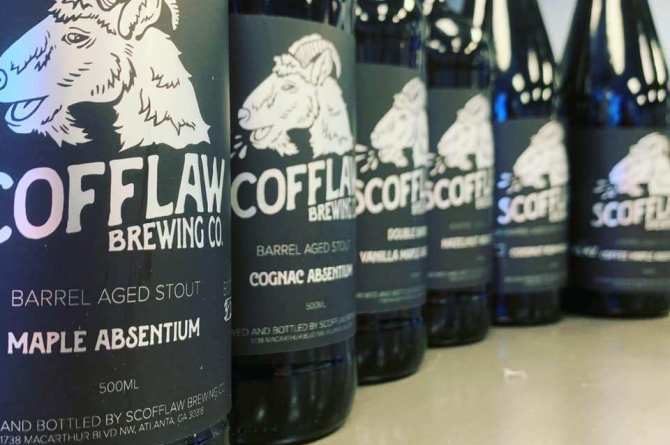 Absentium is as much a beer as it is a serious of big, rich imperial stouts by Scofflaw. The series started with Bourbon Barrel Absentium, and has since grown to include various barrels and additions. Often times the brewery doesn’t even announce an Absentium release until day of, or often times not at all- just simply stocking the brewery’s to-go fridge.

This Black Friday, the brewery is dropping six different Absentium creations to kick off the Christmas season.

Starting at 8pm on Nomember 29th, brewery attendees can purchase

6-packs of the releases and individual bottles will be available.